In the early 60’s, Harry Mogford, owner of five hotels in High Wycombe and the Torbay area, had the innovative idea of setting up a scheme to train young men and women aspiring to hotel management. Harry began to formulate a plan to achieve this ambition and, with the help of Westminster Hotel School where he himself had trained, he created a comprehensive programme of job rotation and development. The idea was soon brought to life with the co-operation of two partner hotels, The Compleat Angler at Marlow and The Victoria Hotel in Sidmouth.

In 1968, impressed by Harry’s idea, the HCTB (Hotel and Catering Training Board) granted funding for the scheme, enabling Harry to enlist the support of further hotels that were also too small to plan their own internal management training and development effectively. At this point, with nine hotels in the consortium, Concord - the name chosen to signify friendship and unity of purpose - was officially born. A former general manager of one of Harry’s hotels and industry expert, Alain Thibault, was appointed to the position of Group Training Officer (GTO), a role he dedicated himself to for the next couple of decades.

Concord went from strength to strength, with further hotels eagerly joining the group, elated to finally have a viable solution to the age-old problems of manpower planning and staff development. Trainees worked hard to attain their career aspirations, supported by Alain in his role as GTO, as well as by management at the hotels at which they carried out their placements. Many successful trainees found senior positions in the hotels in which they had worked, offering in turn their expertise to new trainees coming through the programme in succeeding years.

In the late 1980's, Alain handed over the mantle of GTO to another enthusiastic individual, Nick Britten, whilst he then took on the role of Chief Executive. By the mid 1990's, Concord boasted 25 member hotels, with some 40 trainees completing the programme year on year, all of them guided, supported and inspired throughout their training by Nick. 'Concordians', as these trainees and graduate trainees in time became known, were now beginning to establish an informal but successful networking group. The programme continued to develop and offer significant benefits to its member hotels, as well as to the dedicated trainees who continued to resolutely work their way through the comprehensive curriculum of training.

In the millennium year, Glen Harrison, himself a former Concord trainee, was invited to take the role of Group Training Officer, working under Alain’s guidance. Two years later, in 2002, Alain handed over the reins fully to Glen, confident that his good work would continue as he looked forward to a well-earned retirement. The following year, in acknowledgement of his services to training, Alain received a highly regarded ‘British Hospitality Award’.

In 2008, 40 years after Concord first began, a celebration of the milestone was held at The Richmond Hill Hotel. This was a year in which Concord had much to celebrate, receiving endorsement from the Institute of Hospitality, as well as being shortlisted for the Springboard Education Award. The following year, Concord won this prestigious award in recognition of all it had achieved in the field of training. In 2011, Concord once again was shortlisted, this time for awards in two of Springboard’s Awards for Excellence categories, receiving a ‘Highly Commended’ in the Best Management Strategy category and ‘Runner Up’ in the Young People Award category. In 2012, Concord partnered up with Evolution Training to introduce the City and Guilds ‘Advanced Apprenticeship in Hospitality and Supervision’ for all its trainees. In 2013, three new members joined the Concord Hotels group. In 2014, the good work that started with Concord's relationship with Evolution was continued when Concord joined forces with a new training partner, HTP Training.

The Concord Management Development Programme (endorsed by the Institute of Hospitality) and Chef Development Programme are designed to enhance knowledge and provide trainees with good all-round operational experience whilst giving exposure to various types of hotel environment. All trainees complete a two-year programme, working across either three or four member hotels (three for the chef programme, four for the management programme) spending an approximately equal amount of time in each and gaining valuable experience in all.

Concord Hotels is a non-profit making association of hotels that is owned and funded by its members.

"The Concord programme offers hands-on experience and therefore makes you much more employable. It offers a great opportunity to work in some of the scheme’s hotels, which might have been hard to do without the programme to support you."
Luke Tamms, Graduate Trainee 2013

“We have gained a wealth of benefits from the Concord partnership.

Apart from the obvious benefits of dedicated staff members, we also gain recognition from all those trainees who have passed through our doors and from the other member hotels. Many trainees go on to gain senior positions in the industry and we continue to gain from the many trainees who have gone on to make up a substantial part of our own team including our General Manager. When you consider the cost of recruiting such dedicated employees, the scheme continues to provide excellent value for money with benefits.” 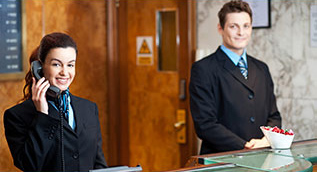 The Concord programmes – Management Development and Chefs Development - are designed to enhance knowledge and skills. 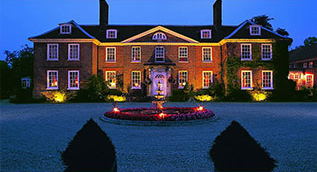 You will receive real, hands-on training in your chosen career path at a selection of our hotels. 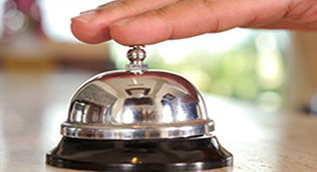 Learn all aspects of hotel operations while experiencing the full spectrum of the hotel industry.